Home Page | Uncategorized | The book: Blacks Only, it’s Okay to be Black

Comments Off on The book: Blacks Only, it’s Okay to be Black 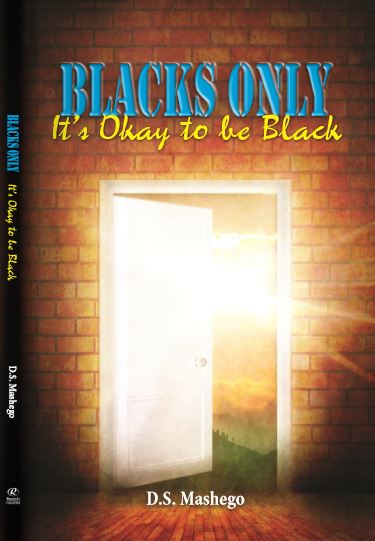 The book: Blacks Only, it’s Okay to be Black

Any person who discusses the politics and socio-economic life of South Africa will not do justice to the topic if such a discussion excludes the ideology of apartheid. This is the ideology that created disparities between black and white South Africans, that worsened relations between the two races, and that empowered a white man while disempowering a black man.
Apartheid does not come from God and there is nothing godly about this ideology. It has ‘evil’ written all over its face. It is in fact an insult to the black race to still hear some white South Africans praising and advocating apartheid in this day and age. How can this system be godly if it questions God’s creation, black folk? How can God be part of such an idea that seeks to dehumanise other human beings, black folk? It cannot be!
Agree with me when I say that apartheid has put a black man in a bad space. Nobody has to explain apartheid for me. I lived during those times when this horrendous system was at its prime. By God’s grace I was able to witness the dawning of a new South Africa. The ANC-led Government has a mammoth task of redressing the damage caused by the apartheid system. There are just too many socio-economic issues that the black man has to deal with daily. Black South Africans’ hopes are on the ANC-led Government. Thus far the black community is not happy with the rate at which change is effected in black communities.
The black community is blaming the government for failing to deliver on its promises. In response to the blame, the government blames apartheid for failing to deliver on its promises. Twenty one years since our first democratic elections, our government still blames apartheid. Of course progress has been made. However, more can be done. Where government fails, it must be frank and bold enough to concede failure.
Government aside, maybe we also need to pose the following question for a black man: What is the black man doing to help himself? There is a lot that we can do to better our lives. Unfortunately, black folk want things given to them on a silver platter. They want to be given a house, a grant, etc. for free.
This is a point that the book is trying to convey. This book is a must read. Unlike many books that tend to talk about the black folk; this book talks to the black folk. It tells of where we come from, where we are, and where we need to be as a country. It challenges the
black man to:

• Move to a new paradigm by changing his way of thinking;
• Account for his actions and decisions;
• Refrain from blaming others, including apartheid, for everything that goes wrong in his life;
• Accept and feel good about the person he is;
• Assume a new role in the economy of South Africa.

• Acknowledge that apartheid was wrong;
• Embrace the change, from apartheid to democracy;
• Learn to coexist with Blacks in South Africa;
• Partner with black folk and work towards building
South Africa.

The book provides a fresh perspective pertaining to South Africa’s political and socio-economic dynamics. No stone is left unturned – a spade is called a spade. The book is written in simple English to ensure that it is easy to understand and that a person with minimal education can read it and understand its concepts. The writing style is non-academic and relaxed, making it an interesting read. Read the book. Undertake serious introspection and make the necessary amendments in your life and in your environment. Communal change starts with one person. Enjoy the book!