Home Page | Uncategorized | Fela! This bitch of a life

Comments Off on Fela! This bitch of a life 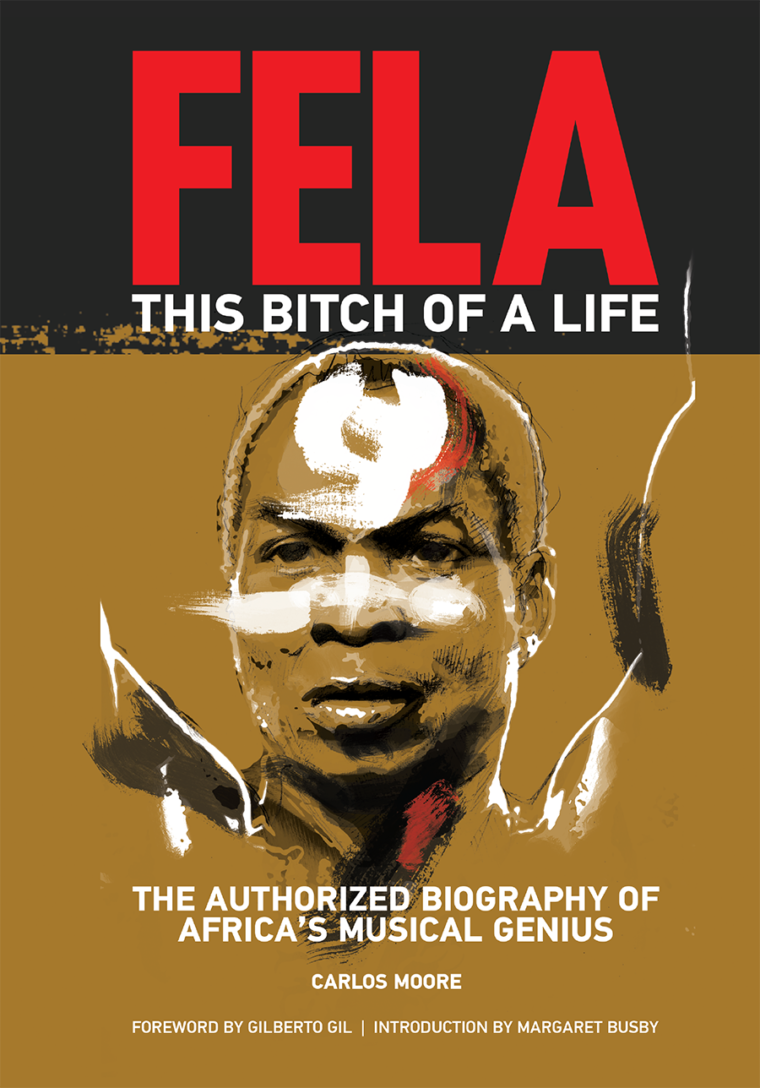 Fela! This bitch of a life

Fela was born Olufela Olusegun Oludotun Ransome-Kuti on 15 October 1938 in Abeokuta, Ogun State, Nigeria into an upper-middle-class family. He attended the Abeokuta Grammar School in Abeokuta. Later he was sent to London in 1958 to study medicine but decided to study music instead at the Trinity College of Music, the trumpet being his preferred instrument.While there, he formed the band Koola Lobitos, playing a fusion of jazz and highlife.In 1960, Fela married his first wife, Remilekun (Remi) Taylor, with whom he would have three children (Femi, Yeni, and Sola). In 1963, Fela moved back to Nigeria, re-formed Koola Lobitos and trained as a radio producer for the Nigerian Broadcasting Corporation. He played for some time with Victor Olaiya and his All Stars.

In 1967, he went to Ghana to think up a new musical direction.That was when Kuti first called his music Afrobeat. In 1969, Fela took the band to the United States where they spent 10 months in Los Angeles. While there, Fela discovered the Black Power movement through Sandra Smith (now Sandra Izsadore), a partisan of the Black Panther Party. The experience would heavily influence his music and political views.He renamed the band Nigeria ’70. Soon afterwards, the Immigration and Naturalization Service was tipped off by a promoter that Fela and his band were in the US without work permits. The band immediately performed a quick recording session in Los Angeles that would later be released as The ’69 Los Angeles Sessions.

He also changed his middle name to Anikulapo (meaning “He who carries death in his pouch”, with the interpretation: “I will be the master of my own destiny and will decide when it is time for death to take me”),stating that his original middle name of Ransome was a slave name.

Fela’s music was popular among the Nigerian public and Africans in general.In fact, he made the decision to sing in Pidgin English so that his music could be enjoyed by individuals all over Africa, where the local languages spoken are very diverse and numerous. As popular as Fela’s music had become in Nigeria and elsewhere, it was also very unpopular with the ruling government, and raids on the Kalakuta Republic were frequent. During 1972, Ginger Baker recorded Stratavarious with Fela appearing alongside Bobby Tench.Around this time, Kuti became even more involved in the Yoruba religion.

Fela and his band then took residence in Crossroads Hotel, as the Shrine had been destroyed along with his commune. In 1978, Fela married 27 women, many of whom were his dancers, composers, and singers to mark the anniversary of the attack on the Kalakuta Republic. Later, he was to adopt a rotation system of keeping only 12 simultaneous wives. The year was also marked by two notorious concerts, the first in Accra in which riots broke out during the song “Zombie”, which led to Fela being banned from entering Ghana. The second was at the Berlin Jazz Festival after which most of Fela’s musicians deserted him, due to rumours that Fela was planning to use the entire proceeds to fund his presidential campaign.

Despite the massive setbacks, Fela was determined to come back. He formed his own political party, which he called Movement of the People (MOP), in order to “clean up society like a mop”. In 1979, he put himself forward for President in Nigeria’s first elections for more than a decade, but his candidature was refused. At this time, Fela created a new band called Egypt ’80 (reflecting his reading of pan-African literature) and continued to record albums and tour the country. He further infuriated the political establishment by dropping the names of ITT Corporation vice-president Moshood Abiola and then General Olusegun Obasanjo at the end of a hot-selling 25-minute political screed entitled.

In 1984, Muhammadu Buhari’s government, of which Kuti was a vocal opponent, jailed him on a charge of currency smuggling which Amnesty International and others denounced as politically motivated.Amnesty designated him a prisoner of conscience,and his case was also taken up by other human rights groups. After 20 months, he was released from prison by General Ibrahim Babangida. On his release he divorced his 12 remaining wives, saying that “marriage brings jealousy and selfishness”.

Once again, Fela continued to release albums with Egypt ’80, made a number of successful tours of the United States and Europe and also continued to be politically active. In 1986, Fela performed in Giants Stadium in New Jersey as part of the Amnesty International A Conspiracy of Hope concert, sharing the bill with Bono, Carlos Santana, and The Neville Brothers. In 1989, Fela and Egypt ’80 released the anti-apartheid Beasts of No Nation that depicts on its cover U.S. President Ronald Reagan, UK Prime Minister Margaret Thatcher and South African State President Pieter Willem Botha, that title of the composition, as Barrett notes, having evolved out of a statement by Botha: “This uprising [against the apartheid system] will bring out the beast in us.”

Fela’s album output slowed in the 1990s, and eventually he stopped releasing albums altogether. In 1993, he and four members of the Afrika ’70 organization were arrested for murder. The battle against military corruption in Nigeria was taking its toll, especially during the rise of dictator Sani Abacha. Rumours were also spreading that he was suffering from an illness for which he was refusing treatment.

On 3 August 1997, Olikoye Ransome-Kuti, already a prominent AIDS activist and former Minister of Health, announced his younger brother’s death a day earlier from Kaposi’s sarcoma brought on by AIDS. More than a million people attended Fela’s funeral at the site of the old Shrine compound. The New Afrika Shrine has opened since Fela’s death in a different section of Lagos under the supervision of his son Femi Kuti.