Comments Off on A book review – The Polygamist by Sue Nyathi 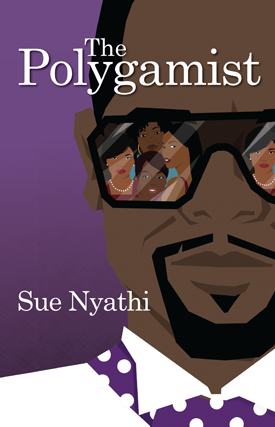 A book review – The Polygamist by Sue Nyathi

I had an absolute blast reading this book…I experienced all sorts of emotions, excited and happy for Joyce and Jonasi right at the time when their lives were going so well. Other emotions of shock, sadness, utter disgust. Sue Nyathi takes you in a gripping journey that takes you through the mind of a woman in love, a woman in love with a powerful man, a man who lives a polygamous lifestyle with an unsuspecting wife, who only later realises her marriage has been a sham all along. The story is relatable and candid. You will struggle to divide your attention to other things going on around, it grips you wholeheartedly.

The Polygamist is a story of four women whose lives are connected because of their love for one man, Jonasi Gomora. The story is told through the narration of the four women.

Joyce met Jonasi while waiting for her chauffer back home while they were both still at school. She later got married to Jonasi and is the legitimate first wife. She has four children by Jonasi, lives a luxurious life of driving expensive cars and a wardrobe full of expensive labels. She believes she has the best life and is happily married until Matapa makes an entrance into her life and turns her life upside down. Matapa is younger, ambitious, & smart and goes for what she wants. She wants to climb the corporate ladder working at J&J, Jonasi’s company, but end up climbing over Jonasi and eventually get her big break as an Assistant Director. Jonasi is intrigued by Matapa’s intelligence and of-course sexual prowess. Matapa rocks Joyce’s world to the point of no return, Jonasi even asked for a divorce in order to marry Matapa.

After Joyce and Jonasi’s 17th wedding anniversary party, Jonasi take Joyce on a cruise and rekindles his love for his wife and Matapa goes to China to refocus. Returning back she’s determined to get what she wants from Jonasi – a marriage which Jonasi succumbs to in order to win Matapa back.
Essie is introduced in the story after Matapa’s China expedition but she’s been there all along. She is Jonasi’s first love I believe, but strayed and fell pregnant with someone else’s child. She further has two children with Jonasi and is the one person that Jonasi does not have to pretend when he is with. She is the girl-next-door, ghetto fabulous and grew up with Jonasi and has known him before he was the man he became. Jonasi always goes back to Essie for sadza and to listen to his stories, she knows for sure he always comes back to her and Jonasi has not neglected her financially until he could not manage to.

Lindani is a beautiful young girl whose greatest assets are her body and beauty. She is lonely, sleeps with any available man and is hoping Farai marries her for security reasons. After countless abortions she decides she is done with abortions and will keep the baby she is carrying and rekindles her activities with Jonasi who sets her up in Matapa’s old house believing he is the father of the unborn child. She lives a luxurious life but one that soon comes to an end as she has to care for a sick and dying Jonasi until she cannot handle it any longer. Joyce once again comes through for the father of her children, and Jonasi dies in her arms.

After reading this book you cannot help but ask the question about the legitimacy of the polygamous marriages practice especially in times where the prevalence of HIV/AIDS is so widespread; where men have insatiable appetite for multiple women and not to mention the “Blesser” culture.